I saw this in 2016 before I knew who would be president or how he would preside. It was the scariest vision I’ve EVER Had and I’ve seen earthquakes, the elimination of magnetic fields causing planes to fall out of the sky simultaneously and what would be ebola but this was evil hiding in plain sight.

This was taken from my blog Four Winds, Four Dreams FOR Truth it’s a lot of me spitting out the psychic pressure I felt from spirit so I kinda just ranted it’s not articulate as I would have liked but I HAD to share it was eating me up inside.

Symbolic messages are so subtle and our minds like to simplify translation to ONE WAY and make it clean and done and onto the next. I’ve found that spirit speaks vastly, so the translation can be spread out across time and many challenges and we don’t see the message standing in plan view in a myriad of ways until we look in our past to correlate the pinpoints. All of these challenges we are facing PERSONAL and UNIVERSAL are calling for our own highest Judgement.  I mean it always has . . . but I think we will be “seeing/feeling” the consequences of our choices in a faster karmic poetic justice kind of way and collectively we will all experience discomfort for the collective choices that we know are not right. OUR choices are very real now, how you love and treat another are not saved for the next life . . . but for this life! We have the power to disagree in harmony and pray for truth and that is what is needed when you can’t make it to the front lines of injustices. The same goes for your personal relationships, if you can’t mend it you can heal it by praying for positive change with no intent in manipulating the outcome but in forgiveness for envisioning everyone transcending to a higher divine law.

BAD EGOIC DREAM:
woke me up at 2am I didn’t write it down It was too disturbing to recall it again. Now I regret not scribing it like I usually do because we may need to be forewarned to collect our thoughts but I worry about manifesting dark thoughts so I eliminate them, but I won’t do that anymore letting fear rule instead of awareness. The dream was of youth being stirred by a staunch white male (like political satire cartoons rotund and bulbous red nose) with overloads of anger and wrath and mostly young males took to attacking each other ruthlessly and without mercy or thought; it wasn’t’ even clear what they were fighting for or for what side: it was just straight up savagery (brutal). Meanwhile, the wife of this powerful ignorant man reveling in this power used it against other women to dominate (almost like accusing back in “witch hanging” days toward innocent or envied women despised). Her power, however, was rendered useless in the presence of her husband who treated her worse than a slave owner and the message was “you get what you give, is personal power and control in dominance worth your own spiritual freedom or life.”

I mentioned it again in another blog I wrote No Reel, Just Real. I’m going to say it again because I am again getting the signal that this is “just the beginning-nod to last blog” we have to end this story QUICK and NOBODY should agree to what happened today judgement is a’coming that December Star proved it to me when I saw people scared and people in awe. I was in awe which means divinity was going to give us a show in uncertain terms. I’m not warning you so you can change like old kings and queens who ruled in vain and then requested to be dressed as peasants in the coffins SO GOD wouldn’t recognize them and their wrong doings. NO, it has to be real change in your heart I’m sharing because I ought to. You see I didn’t write all that transpired in the dream as I will now: 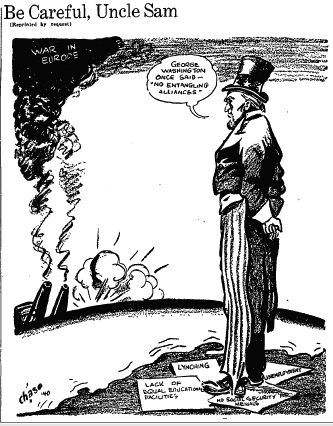 I saw an image like this political satire cartoon this SO I KNEW IT was indicative of USA firstly (top hat with stars and stripes). I then saw angry young men mostly in the present getting rilled by this man in politics. The men were ruthless and out for blood I didn’t see the reason why or their battle cry. Then I jump to the cartoon images wife in present time she’s incriminating women who are innocent or at the very least women she wants to wound (reminded me of the witch hunts) using her husbands power among women followers but when she’s alone with her husband he treats her like a slave and manhandles her- she’s powerless in reality. Lastly I’m in my teenage home (we used to get toilet papered by high schoolers- my sister was popular but I would always catch them) I look out my window thinkingI’m busting a teen… but I see it is a teen with a rifle! I look across the street at my neighbors house and see more teens in the shadows armed waiting for the right moment. I was so scared (I hate seeing this again as I write it out). I wake up my sisters we are dressed in white gowns (spirit protected) and we drive out of the neighborhood and see hundreds of these same scenarios helpless to call and warn anyone; we’re outnumbered.

I have never been so scared in my life than knowing innocence will be lost and carnage will take over the young minds. I’m still terrified the feeling is just as fresh today, as it was in 2016.

I posted below how Oscar adopted me and he can be quite persistent when I’m to connect the dots; or share my understanding of his visits like the one I shared just 2 days ago. I think it’s fascinating that he made sure I paid attention like I had back in 2017 (see instagram from then in blog) The Winged Messenger

Keep the peace and shine your light as we can see what has been illuminated as truth cannot deny justice. We should condemn all violence of all races but this one will creep up as bad COVID has, So don’t let it! Raise your youth with love and kindness to all.

I’ve given you the message received.