Catching up before the new year

I’ve been MIA from posting and I would like to share some fascinating experiences I’ve been too busy to scribe. I currently have time to dedicate my mind to stillness which is prompting the phenomena to be revealed.

It has to be revisited. I don’t want to call it downloads (maybe it is) but I’m definitely linking the past to the present and it’s giving me correlations to my present thoughts.

Let’s Recap: The Avanyu is the only non-dream vision I’ve had both times with this deity (you can read my past blogs for more details) where I was totally awake and others near me couldn’t see what I was seeing (although I have caught incredible phenomena images not seen at the time but captured on my phone -that will be another blog). This was hard to believe and years passed before I would share it. I wish I could draw it (I have zero art talent) so I searched online for something and came across this and it had the same colorful colors and almost the same intricate designs and “steps” on the body (it had way more intricate designs I have since come to see in other renditions) but it faced the same way when my eyes were open:

When my eyes were shut tightly it was still moving (gliding like you’d imagine a large carved viking ship on water) I saw it without the vibrant colors only in black and white. The face directed at it’s tail it somehow moved toward/aligned with the direction of the face, which bewildered me.  I remember lighting coming from its eyes and mouth. Picture it as a someone outlined it in chalk and drew in the details of the body and lighting and that is what I saw. This image is so on point except it was thicker in volume. I just came across these symbols this is what was all over it’s body (my eyes are bugging out right now): http://https://kokopellioutlet.com/hopi-tribe-symbol-glossary/

That was back in August 2015 (right before I would learn of the EPA spill in the colorado river) and it wouldn’t be until a rainy day on December 8, 2018 that it would again not let me shut it out no matter how hard I tried. It would now come only in my line of vision (not the original “godzilla” height to scare me again) but the size of a hand ball and it didn’t move like last time, only circling eating it’s own tail in dark plumes of purples and blues morphing for 20 min. it appeared in Aztec design no longer Native American.

My sister sent me this IG “wish I could go” on September 29, 2021 for Dia De Los Muertos and the memories flooded me (no pun intended). The blue tones is what I saw in the same body depiction (not the orange and green) in deep inky blues and purples that would match the sun setting before darkness.

I would fail and not take it as a psychic hit (to which it was) when we learn about this: https://www.nytimes.com/2021/10/24/us/bomb-cyclone-california-atmospheric-river.html BTW, California had an oil spill near my home October 2, 2021 (let’s note I got the image the last week of Sept. no clue it was tapping my shoulder).

I’m just now understanding the varied communication tools (this deity or guides)  uses to get me to see WHY it’s coming!  https://www.lieffcabraser.com/environment/huntington-beach-oil-spill/?gclid=CjwKCAiAzrWOBhBjEiwAq85QZwiJWpzq98-XjQBjPL1KrpOL_zSi6fbaXRaBi2aRMJr1I8t4LnFucRoCDHsQAvD_BwE

I didn’t see it but I felt it!

On June 24, 2021 I felt nausea the kind you get when seasick.  The same sickness I had received 30 minutes before first seeing the Avanyu in 2015. I finally took notice (oh my poor guides and this deity to get me to understand) and tweeted with apprehension.  3 days later Detroit gets blasted and then Europe and ever since we are getting records of rain and snow. 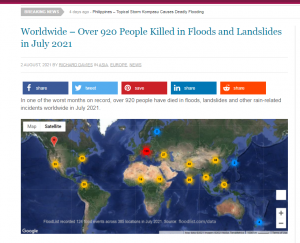 Don’t you find it curious that it all occurs before huge contaminations caused by humans?

I just can’t shake that it was a cargo ship full of shit we don’t need that broke the oil pipe!  Everywhere I look we’ve bombarded with our contamination and greed (we’re no different than the conquistadors). I’m frighten folks because we are now going after the heavens (space travel and satellites polluting our skies). Just as the hopi predicted -and it was so hard to believe that story back in the 60’s!  I’m no angel I love my shopping and convenience but after seeing the destruction of family lives, livelyhoods, homes, and landscapes the medicinal tea points to what our “desires do!”  Can overblown desires create a soulless slumber blocking us to our true happiness?

Can we can do without “stuff” more than luscious landscapes, families and friends? I mean we did it as kids!  Running and playing in the neighborhood with just our imaginations and life was so exciting and vibrant.

What if the KY candle factory management said “hey guys it’s Christmas time there’s a major storm warning, get home to your family?

Instead of threatening employees of financial instability their families would still be alive, something far more greater than a roof (Read more at): http://timesofindia.indiatimes.com/articleshow/88289355.cms?utm_source=contentofinterest&utm_medium=text&utm_campaign=cppst