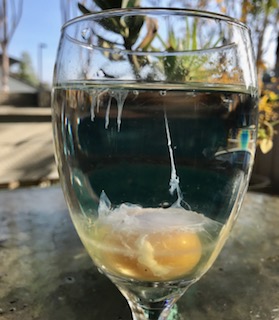 Sunny Side up or Scrambled?

Note: I posted this as “Private” days ago hoping it would only go to subscribers, but I was just told it was never sent; so until I find out how to only send to subscribers …

2018 message or should I be writing Syfy books (imagination overload)!

I wasn’t going to share the results of my egg predication for this 2018 because it seemed to report a barren result, but I wonder now if that is the message??? Only time will tell but my gut instinct was “what happened?” “Where did it all go?” 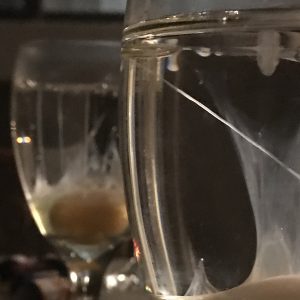 As I shared on my last blog “Preparing,” this is a New Year tradition I have since learned was shared with my mom from Italian traditions from a friend.  Sometimes you get nothing and sometimes you can see creative designs and you come to your own conclusions by using your gut and first thought as keywords; it’s entertainment, to say the least.

The photo (pictured left) is taken just after I cracked my egg (pictured closest and the far egg represents the world).

I asked of my personal egg and the egg that represents the world “what is it that we should know, how can we prepare or aid what is to come?”

As you can see my egg looked simple and the “world egg” was bountiful and looked like a healthy bustling city but that was how it looked after midnight and I usually wait for “the reveal” upon waking to the sunlight. 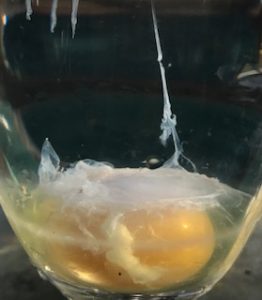 This is probably 8 hours later after midnight daylight hits and I decided to blow up the image of the world egg.  I mean is this a rocket or landscape left (gulp)? Geez it looks like a hand gripping a sword (I’m a huge King Arthur fan) what could this mean (or not …for you skeptics I don’t know how it is to be you as much as you can’t feel/see what it is to be me-fair enough only time will tell).  Today Leonardo DiCaprio reports on Instagram that Trump announced it will open all the seas to drilling. I cannot plead enough how dangerous this is to our wildlife and natural laws perhaps this shows Justice and the seas will fight for her life by taking action unless we call our representative and say NO I would like to use alternative energy NOW! 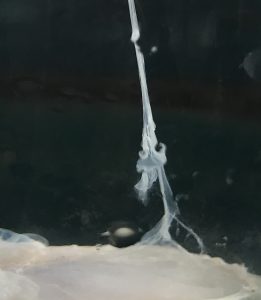 can you see the lines in the clouds?

On Dec 31st I took this photo of the sky and the arrows running across and took a photo; a precursor perhaps to my egg shown below is it nudging me to not take this lightly (the universe is showing me the same image TWICE) although Chemtrails/vapor lines are becoming a constant the last 10 years. geo engineering trails 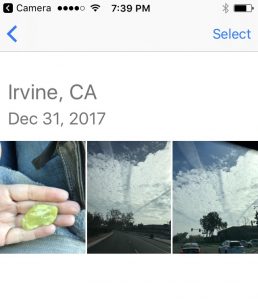 Now my egg looks promising (phew) it actually remained the same upon cracking as it did when sunlight hit it hours later (which gave me an ill feeling looking at the extremes the world drastically changed).

My egg in keeping up with themes of my favorite fairytale heroes reminded me of Athena or Artemis. I saw the “arrow” immediately take center stage and the tree trunk behind it. What’s interesting is all the faces and animals that peered out almost like a hologram. I saw a fox, no wait it’s a coyote, now an owl! A man then a beautiful woman saintly I tried to capture them on film but no it wouldn’t as it’s not to worship or dissect just one message …

” Stand your ground claim your truth even if you’re alone, we are here behind you to guide you JUST BE YOU!”

oh boy, it sounds like I believe in fairy tales and make-believe but I assure you I’m super grounded & sensible but greater perception is easily accessible and open to me, I can’t explain it but I value the expansiveness it brings to me but sharing it with strangers is really uncomfortable and unsettling as I know how limited people are in trying to understand but full force in judgement and condemnation.

UPDATE: I just learned of the frozen seas and it resulting in freezing even the sharks in parts of North America that usually don’t receive these temps.  I don’t watch the news, but looking at the weather channel to see if I should hike on Saturday I saw the flooding and scary weather – I hope and pray everyone gets the help they need. Blessings 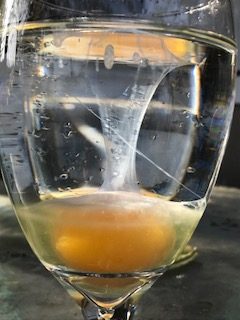 I got my team in the tree of knowledge 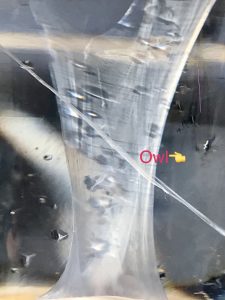 Wolf/Owl/Fox/Coyote I can see it all but I hear an owl outside my window as I type this!