My first Dream Totem was the Snake!

I Don’t like snakes particularly but I do honor them.

My mom will tell you the sweet story of when I was two years old walking in the campsite at Lake Cachuma, Santa Barbara. I spotted a snake and you have to picture this redheaded curly mop little thing holding her mothers hand and breaking free from it to block her mother from the snakes path. “Stop Mama, I said I have to save your life, there’s a “nake!” They describe it to me as me standing with my legs far apart and my hands out like my whole body making an X  symbol sternly saving my mother while glancing over my shoulder to see if it passed.

I believe it was my first totem (although I had a lot of sea dreams) this creature came forth clear. I had an Indian Jones kind of dream I saw so many of them slithering like a sea beneath me as I had to hop from one point to another a tight hard move; there was not much leeway. A couple of days later my boss who was very jealous of my camaraderie among the office was plotting to have me fired. I learned from my dentist that they received a call asking how long was my visit  and they were concerned for me; wondering if they can vouch for me-my boss was hoping and determined to find me miss a step.  It was treacherous and it was a hostile environment and it ended with me getting a nice severance package and helping our sister office in Kirkland Washington for 3 months; it opened my life to new beginnings. If it hadn’t of happened most of my family wouldn’t be living there falling in love with the state and It wowed me back to nature… and by the way her boss still kept on sending me Christmas cards for years after until I finally moved away from that residence.

The dream warned me of hard things to come, and it showed me I would succeed although I never interpreted “the success” until years later. Now back then I knew it as a bad omen PERIOD and now I view it as truth  and medicinal blessings. I was shown like in Indiana Jones someone wanted me out of the way and the gold to themselves and threw me in pit of snakes. The snake symbol is medicine, a healer, shedding the old and new beginnings from Greek Mythology and Ancient Egypt. It was a lesson I needed to learn about humility, egos (mine included) and there is a reason for everything and ALWAYS something ready & better to take it’s place..no matter if I don’t understand, believe it or see it as long as I remain honorable it will appear.

In the months to come I had another woman boss and this time she was nurturing and encouraging, someone who believed in me and pushed me to be more than I wanted and restored my belief in trusting a woman to lead without a personal agenda. Yes I was healed. Thank You Snake 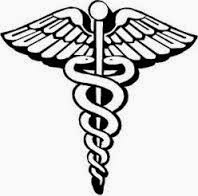