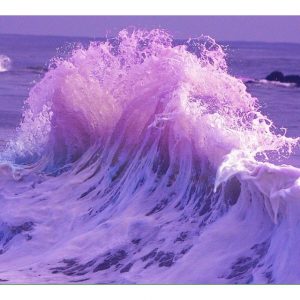 Amethyst SONG by Jonny
Oil by Jonny (there will be blood album)
I had a dream of Amethyst waves
I was in a room full of men and very few women
I was bored as they tinkered on their phones and watched the tv screen above the bar
A man I recognized saw my frustration,  he led me to a group heading to a ferry boat to fish in the sea
I followed and stopped midway, it looked like the same contraption, stuck in a small space
I turned to view the landscape, I needed a panoramic view
and that’s when the waves looked like Amethyst and the sand matched it too
I stood and gazed in amazement not caring if I was left behind or the first to go
the beauty was astounding and there I felt my soul
letting go
-Erica Sussette
So this dream I had exactly depicted in my poem, really helped me stay calm just like the healing properties it’s known for:

Amethyst is a powerful and protective stone. It guards against psychic attack, transmuting the energy into love and protecting the wearer from all types of harm, including geopathic or electromagnetic stress and ill wishes from others. Amethyst is a natural tranquiliser, it relieves stress and strain, soothes irritability, balances mood swings, dispels anger, rage, fear and anxiety. Alleviates sadness and grief, and dissolves negativity. Amethyst activates spiritual awareness, opens intuition and enhances psychic abilities. It has strong healing and cleansing powers. Amethyst encourages sobriety, having a sobering effect on overindulgence of alcohol, drugs or other addictions. It calms and stimulates the mind, helping you become more focused, enhancing memory and improving motivation. Amethyst assists in remembering and understanding dreams. It relieves insomnia. Encourages selflessness and spiritual wisdom.

Mother Earth is in need of your healing properties: WHAT YOU ALLOW; YOU ENCOURAGE!

I had a strange week. It started with the hawk who warned me about big news on March 16th we learn from AP:

The U.S. Coast Guard says its crews are responding to an oil spill on the lower Mississippi River that left an estimated 840 gallons of crude oil in the water.

I’m getting when the hawk lands near me …it’s serious. In fact, I’m a bit floored right now because it correlates with my poem of small spaces because he landed in a wooden box next to the handwork classroom where students learn to sew, knit, basket weave to name a few, how fitting to Native Americans right; anyway, it caused a loud commotion. Crows were insisting it leave and the kids playing on the playground ignored the crows but I asked the kids as I approached “where’s the hawk?” They just looked confused and shrugged their shoulders and I told them the crows are acting out where is he? I looked up and saw the crows were giving me space but not leaving so I walked over and looked into the wooden box and there he was so regal and not scared at all. “what are you doing in there?” “You’re distracting the kids.” I expected he had a dead animal but he didn’t and that’s when I knew it was just a message he had to deliver. I walked backward “okay I got it thank you.” he flew up to a tree and started to groom himself in spite of the crows dive bombing him.

Then I got a physical preview: I fell on my hands and knees on Tuesday a few hours after mending a co-workers knees who also oddly tripped and fell. It felt like slow motion I was actually conversing in my mind “oh no I’m falling should I stop it with my arms NO the wrist, oh screw it I’ll just fall” and bam I hit the concrete. It was as if I could manipulate time but I decided to surrender AND THAT right there is the message I would later get when I learn my house I’m renting is sold and I have 6 weeks to pack up and find a new place. I swear if I hadn’t of had the amethyst dream I might be freaking out on how I’m going to do it and the fear of what I can afford due to the ridiculous cost of living for single moms is crazy let alone married families.  I felt protected in that dream there is a bigger space and a healing no; a final healing in trust I must face!  Will I fall into my fear as I have in the past or can I continue to surrender and keep my heart excited on the possibilities of unexpected treasure to be found? I’m getting help as I searched today and found nothing I’d qualify for and as I would get upset I’d see a licence plate of 444 (angels near) and I remember the waves and then I shouted “this neighborhood come on, not for me but the kids the kids the kids” did a car dashed out with 555 on it “YEAH that’s right, break down the walls rock my world!” So Dear New Moon in Fiery Aries keep in my belly and churn the waves while I keep an amethyst in my heart when I start to feel my courage fade.

ps. I had an urge to look for an amethyst song and found Jonny (saw the movie the music was powerful) and I’m quite moved by his work hope you are too!!!

OH YEAH I also came across a teapot BY CHANCE in the same color and just look at what it represents: 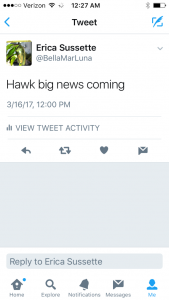 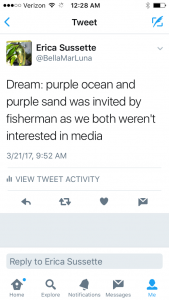