Mocking Bird; what are we imitating? 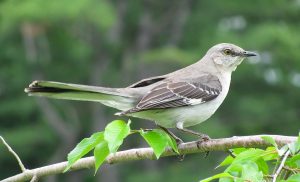 What are you playing at?

I think it’s been since June that the mocking-bird came knocking on my thick skull wanting to communicate its message. I was too immersed in my human desires to experience a new beginning having just moved into a new town full of opportunities and a summer open to exploring them. Little I would I know I would soon be looking at this world with new eyes of realism and my dreamy summer “Harlequin romance” naivety would be clashing just as the titled publisher had with self-publishing artists writing new stories much racier with “explicit” warnings to provoke moral and respect to relationships to be kicked further into the past and placed almost near the 1800’s love/respect mindset.

But, for the past several years, Harlequin’s sales have declined as people have started getting their romance from erotic—and often self-published—e-books instead of grocery-store paperbacks. [

What happened to Romance?

Joe McAleer, a historian who has written about Harlequin, told me that Harlequin romances have traditionally followed a formula: “Boy meets girl, boy loses girl on page 56, and, by page 180, the book would end with a marriage proposal.” By the seventies, Harlequins became known for their lush language, which often evoked settings that sounded like Thomas Kinkade paintings: “The rolling tide of summer grass had engulfed the small meadow in a sweet-smelling flood of lambs’ tails, coltsfoot, feverfew, the drifting pollen from them like pale yellow dust on Linden’s bare arms as she lay full length among them,” Charlotte Lamb begins in “Temptation,” published in 1979.But some self-published novels went beyond even the most liberal Harlequin lines. Several Amazon best-sellers, like T. K. Leigh’s self-published “Gorgeous Chaos,” are labelled “explicit.” In 2012, the Fifty Shades trilogy, by E. L. James, had more total sales than Harlequin’s North American retail division. – The New Yorker https://www.newyorker.com/business/currency/what-happened-to-the-harlequin-romance

Is romance now equated to only a first kiss!

“Our poor teens have no chance at opening up to love like a bud, an abundant rose but interpreting love as casual sex is like forcing the bud open with callous force without bouts of sunshine or sweet dew!”

With all that in mind you have the premise of the hopeless romantic I am, and the lost feeling I find in this new world of:

Sounds harsh right? Well that’s what’s circling all around me in people being used, abused, dumped and duped in relationships and it’s not directional I’ve heard of men being cheated on as well as women and worse “bliss busters” who blatantly go after a married person with no regards to the children or destruction they break down  and take want what they want (if they smell “willing”) and immediately they plot out and steal just like a robber in the night to the weakened partner.  No partnership is owned, of course, it is love that is binding that holds it together but as a society who delights in temptation, taboo, destruction, and power …what are we playing at? What is sacred? What happened to Romance and the honor of pursuing lasting love?

I’m sure being a divorcee I am quickly judged as “cheater or cheated on,” I know because many people tried blatantly to find out why I would walk away from marriage and look for the guilty party (my ex-husband included); but there was none. We were friends and then we decided to marry and then we both grew up on our desired paths one toward career the other toward parenting and the wider the distance became when the basis of our relationship was friendship; never courting, dating or romance even our vacations were sometimes on our own. I am now just ready to start dating (I’m such a late bloomer) having avoided anyone interested after almost 5 years of separation I needed to learn what happened, who am I? I started healing, dealing, learning, empowering myself and playing with my children and my creativity, my soul and I was happy and learning happiness.  Romance was always on my mind but I had other dreams that kept me safe in my solo nest until I met someone who had to trip me up like Jake Ryan in 16 candles (“yeah you!” line) to get me to see my wings were no longer clipped, but I was awkward and clumsy and not so good at new beginnings and I failed that first leap!

When the Mockingbird comes into our lives it can be a message that we need to rethink how we work, interact and communicate with others.  Are we accommodating?  Are we being flexible?  The Mockingbird way is to listen first, then respond.  This is one of its greatest lessons for humans.

As you observed, the Mockingbird is very playful – another profound lesson for us.  Few birds have the kind of bright vitality and obvious revelry.  So when this happy bird flies into our lives it is a cue for us to frolic, and suspend our severity for a time.  Enjoy, relax, and take time to appreciate the pleasureful things in our lives. – Symbolic Meanings Blog by Avia Venefica

I Looked up this meaning in June, and it didn’t resonate until this month encountering many friends who feel helpless in understanding what the opposite values in a relationship and do they value anything anymore as the consensus was pointing to selfishness. So many marriages destroyed by betrayals and dating horror stories were piling up around me and I was already clumsy and wary! I was starting to lose hope of finding someone who values what I do; old-fashioned 1800’s love like the abundant sea in all of its terrifying glory, but powerful and worth it!

The mockingbird has been even more prevalent in pursuing me, in fact, my daughter is amused by its appearances in approximate view and determined stare for attention. So, once again after seeing it land near me and pointedly look at me, I decided to grab lunch and sit by myself in reflection “what do you want me to understand or know?” I look it up on my phone and found this website and I could feel my skin tingle (by Ina Woolcot)

Mockingbird’s gifts include finding your sacred song, recognizing your innate abilities, using knowledge gained on the outside to heal the inside, learning through experience, curiosity, attitude, territoriality, overcoming fear, intelligence, power of song, confidence, master imitator.

The fearless mockingbird defend their nests and territory, diving at and attacking predators and those who come too close. They teach us to develop self-confidence, to speak our truth and stand up for what is ours by right. (read more to get the full scope of Mockingbird) https://www.shamanicjourney.com/mockingbird-power-animal-symbol-of-overcoming-fear

In ending I believe the Mockingbird is telling me I’m to keep my unique voice and view on love and although it’s scary to pursue based on what others tell me (don’t listen to them); the right singer is writing lyrics write now and someday I’ll hear them!

Just after I write my last line; look who comes to confirm not to get caught up in other people’s fear or views:

“Atticus said to Jem one day, ‘I’d rather you shoot at tin cans in the back yard, but I know you’ll go after birds. Shoot all the blue jays you want, if you can hit ’em, but remember it’s a sin to kill a mockingbird.’

That was the only time I ever heard Atticus say it was a sin to do something, and I asked Miss Maudie about it.