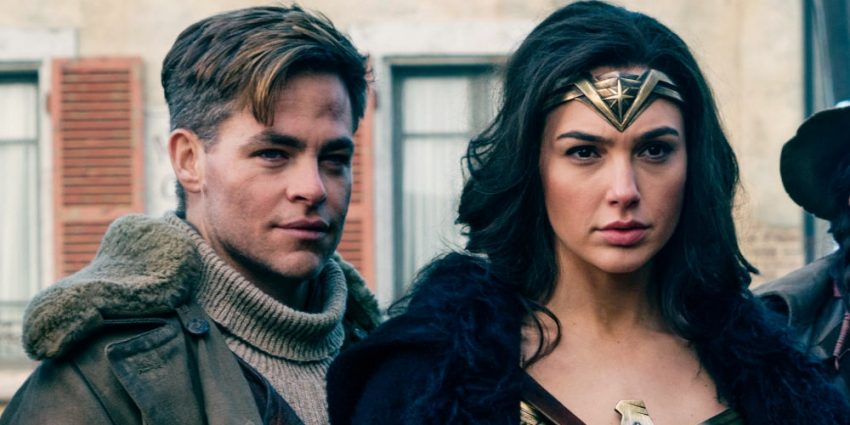 Thievery vs. Chivalry
I saw them both.
One like a snake slithered into my pockets with a sweet smile and a black heart,
hiding in an innocent frame changing into a man with no shame.
It broke my heart that a person became so stark.
Taking from me everything I need to sustain shelter and food for children for my own sanity & health.
In a world brimming bleakness I cried out “what have you become!”
In this world, we have two sides to balance;
Darkness and Light, Cold and Hot, Love and Hate, Control or Fate

Ah but the other one …
I did not forget I saw him standing tall on higher ground,
he stood for what we need to see bright again.
The model from which boys grow into fine men
and young girls become women who raise them (because of the love received from them).
-Erica Sussette (ES)

I’m speaking of two dreams I’ve had this month and both of these dreams brought waking reality confirmations in messages around me to indicate to take them seriously. You can read last post “Arrival” for the Chivalry dream I had on 7/8/17.

Thievery Dream (7/24/17): a sweet face teen came up to sit on my lap like a child needing a mothers love and I didn’t hesitate to offer it to her. While looking into my eyes she slips her hands in my pockets so lightly I might not of caught her, except I’m aware of what she’s done and in grabbing her hands tightly to see if she’s left a gift or taken (I didn’t suspect anything leaving only facts to determine what she was up to) I see she’s taken money. In my heartbreak I hold her hands painfully to reveal she took more than I thought I even had! She winces and I don’t flinch, I pull her to full height into the street to reveal her thievery her callous cold tricks “What have you become?” I ask in tears my heart wondering “what made you!” The girl turns into an older man without morals or shame he smiles wickedly its normal behaviour for him. I’m determined to run him out-of-town and I do with my money in my pockets.

Yesterday a lot transpired to support my dreams in forewarning or to caution us (yes I’m saying us not just me) and forgive me if I jump from here to there in explanation but that’s how spirit works as it’s apparent (not hidden) but we don’t see it until we quiet our minds to find it popping up like a text message alert we missed earlier to make us sit up and take action.

My day started with a knock at the door. Religious servants wanting to add me to the collection box. In the past I would angrily say NO thanks Slam! I progressed to not bothering to answering the door but I’ve learned telemarketers and these people just have a job to do and I don’t appreciate someone making my job uncomfortable!  I opened the door in my thin tank and sloppy shorts “hello!” I smiled and the younger one smiled back and the older man didn’t know what to expect by my appearance and attitude and he goes into his script. I can feel my aggravation “oh God, how long do I have to tolerate this” and I can feel inside a message of “tolerate it.” I let my own agenda go and listen to him for a minute (as I would like others to do onto me) and I smile when he pauses and say “yes, I think we have that going on here; we are very good on that.” I nod “thank you for your time and I hope your day is lovely.” They smile and nod and leave without outright rejection or force and I only realize now that was a practice session for what’s to come in “key words” from Frankie and from above.

I took my kids to see (spoiler alert if you haven’t seen it) Wonder Woman (angry I saw it without them) I fulfilled my promise and was so glad I got to see it again catching things I missed and seeing them inch closer in anticipation. I loved that I could give them a 2 hour reprieve in an adventure. I didn’t catch that look on his face before (moments before this photo by screenrant)! Steven Trevor looked at her with admiration and love just before the photo was taken with a knowing confidant face and like a rubber band pulled back to snap my heart I was moved. My sons knowing Mythology well, understood Aries (God of war) and Zeus (maker of man) intrigued from the start.  My daughter ahhhh my girl, thrilled by the many languages Diana spoke resembling herself a self-taught linguist at 17 ready to change the world to a soulful conscious unity albeit sometimes forcibly 😉 In this movie its these two Thievery/Chivalry Archetypes shown. One side steals the chance for men to love (Aries) convinced Man is not worthy of beauty. Steve points out that outward appearances don’t make a man  it’s belief   when Diana sizes up his friends as “a thief, a liar, and a drunk.” Diana notices the hidden beauty later but Steve makes sure she’s unequivocally convinced in love and proves it to her to offer us salvation.

I’m thinking about his look, it penetrates my thoughts as I scroll my texts looking for the time and place to drop off the kids to their Dad, and I come across a text of “thanks for healing” someone last night.  I’m glad I ignored the advice I received  “to not offer to heal”  after hearing of their terrible discomfort (I don’t heal illness per say) but I can get you on the path to healing energetically which you can feel. (another practice lesson in standing your ground and discernment and listening but following you own guidance).

Some people don’t know the power of love; and that is how one energetically heals (everything). -ES

I read their father’s text  “Oh we’re late!” we rush out into the theatre hall there’s a purse in the middle of the floor people ignoring it. I pick it up “Did anyone drop this?” No one bothers to look at me longer than a second, so I boom my voice “Did anyone see someone looking for this?” Blank stares no acknowledgment I feel like Aries for a moment. I walk up to the ticket taker he’s listening to the woman say “you saw my ticket right, you saw me have it.”  He nods “yeah, you’re good.”  I smile at him “Hi I found this…” the woman exclaims “Oh that’s mine!” I deduct that’s why she was proving she bought a ticket.  I hand it to her, and the ticket taker laughs and I start to walk off but for some reason, I spin around and say “Wait! Prove it’s yours!” the ticket taker is no longer laughing and my kids are looking like I’m gonna use my “mama says” power!  The lady flips it to her id and I see it’s hers (I never opened it) and I shake my head and smile “cool, I’m so glad you got it back!” She’s happy and we leave. My kids just got schooled on trusting and standing up for truth and so did I because of the dream of thievery and key words for Capricorn by Frankie (Humor/Intention/discernment/willingness/ courage).

I get home and see one of my favorite Tarot readers just posted. I have a select few I will really listen to and usually I can connect my own dots with their timelines. She uses key words for the month by astrological sign and the words I write down to keep abreast of the human heartbeat currently playing (she’s awesome & on matching what I get in feelings). This time she’s received a message from her guides she’s suppose to inform us about and this has never happened before to her she says in the video she received this message on July 15th it’s about Thievery. I stop in mid breath “What!” I look at my date of my dream “July 24th” but she didn’t upload the video until July 28th. I wouldn’t have known we’d cross paths in heaven’s message and to convince me further, I see the purse on the ground to practice the lesson…yeah it’s fa’ real folks.  I suggest you listen to your astrological signs. I have posted Capricorn.

Take heed it’s not to scare you but pay attention because we’re going through major shake ups and the most powerful way to change your limited mindset; is to take your money from you to see the crimes of the heart. Unlike Aries who proves man as unworthy, you have the power to be a worthy adversary by acknowledging your inner guidance and power to change the direction of this world. I voiced before my suspicion on eclipses causing major natural eruptions on the earth and I’m still wondering the correlation on where we can view it will have more impact (it’s over the USA) so open your heart, not in fear but awaken to the possibility that heaven seeks you and you’ll be guided and protected. I think it’s also interesting that Capricorn is having an eclipse in the 8th house which rules taxes, estate, secret dealings, sex, and as for Taurus (my sun sign) it closely matches the warning too in the 4th house of Foundation security for more houses read here https://www.astrologyzone.com/learn-astrology/the-12-sectors/.

These stars and planets just give you extra keys to unlock your mind to a bigger awareness you don’t have to believe it, but look at humanity and why we huddle in groups, political parties, and packs; why is this any different?

I’ve included Frankie’s message in Capricorn since that sign along with Aries, Cancer and Libra will be feeling Venus (Goddess Planet of love and money) oppose Pluto (Planet of Transformation)  on August 15th and the days leading and leaving it.  Particularly those signs facing emotional security vs. vulnerability potentially seeing big shifts in money or in strong emotional feelings (this I learn from this astrologer) could be beneficial (amazing lovers uniting) or critical (lovers/money leaving). I can see my readings show (they’re general readings not factual just the dust particles you may not even breathe them in) Victory in both signs should it apply to me, BUT not without forethought and higher understanding (open mind and heart) Wonder Woman or Aries; which way is up to you!

The Equifax breach was discovered July 29! look at the date she posted this video if you don’t believe me! 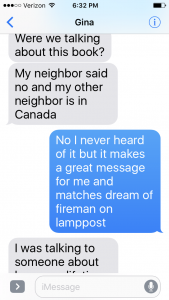 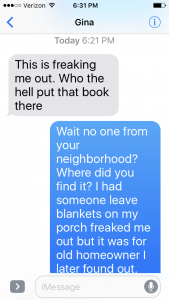 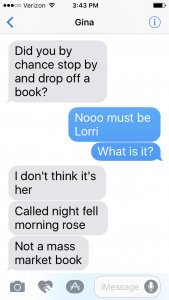 it’s still a mystery and when I look up the book it leaves me scratching my head with a huge grin and reminds me of my poem Evocation No.1 …

so love openly and dare to deeply care, love like a warrior; willing to die -ES

Frankie nailed it and on the very day it happened but wasn’t discovered yet! Damn, it was a very real warning and oddly enough I had found another white Purse days before the reveal, to remind me of the damage to come.