You Are The Example

• a person or way of behaving that is seen as a model that should be followed or not followed.• someone or something that is mentioned to help explain what you are saying or to show that a general statement is true.• something or someone chosen from a group in order to show what the whole group is like.

Timing is everything!  I had this “example” 9 days ago and was itching to post it, having so much synchronicity surrounding it’s message, but for reasons unknown (until now) I just wouldn’t. Today as we rekindle the words and example of a BRAVE LOVING Man Martin Luther King, Jr (so aptly named) it’s time we all know the truth of OUR place on earth.

Copied from my diary on 1/9/16:Yesterday a stay at home Dad commented on the beauty of the woman. Explaining how he had to deal with his wife and baby sick all by himself, and he realized how much he took for granted in her role in nurturing, and how men’s attitudes about woman should change. It was interesting that I just read a channeled message about men learning to leave old ancestor knowledge about women and lead by the heart. Here he was telling me what I just verbally said aloud to my colleague hours before when I remembered that message of “this will be the year of the woman and how men will change positively.”

I agreed and told him having left that old life style of “Husband & Wife antiquated archetypes” I know now (and my x too) that modern times call for advanced love. A love that is equal and balanced because a man can’t be accounted to bring foundation, protection and provisions and passion alone! Nor can the woman be expected to make a happy home, raise the children, work, love as a lover, and care for herself while providing that in an 8-5  work schedule. We both need a chance to dream on the same pillow and be held firmly in sharing our needs to express our inner desires outward to the world; while holding the family in union TOGETHER.
I told him honestly that I’m grateful he can see that, and speak to me so openly about it and I felt that he was an example of what others can learn from being a father and husband deeply involved. He looked stunned as I continued “Your speaking outwardly is a huge help; you are an example.” He shook his head “I never looked it at like that, but yeah I want women to get what they deserve (as he looks to his daughter in his arms) but yes, I have to remember I’m an example.'” “We all are” I said “Every action, we represent our intentions and our truth and when kids are involved…shoot it’s permanent!”
“Thank you,” he said smiling as he started out the door “I’m going to remember that!” I smiled back with a beaming heart and I said “Thank you, for the example and the prospect you ain’t the only one!”
That was really a great experience because later that day a YouTube video would echo those same words “you are an Example.” It’s a shame I would forget those words and lessons the following week, and see the other side of it in myself in the form of “overaggressive,” in my frustrations (not stopping to breathe a new perspective).  We hurt ourselves, we bruise and bleed ourselves but overlook the amazing ability that we naturally heal (Thanks God). We can crucify ourselves (guilty!)  by our our good/bad days examples and overlook the education we received and maybe we answered wrong; but we knew the right answer!  Rip off the band-aid or let it breathe by clearing out the air knowing you can heal ANY situation faster with loving care (the wound will eventually heal) Your choice; your example 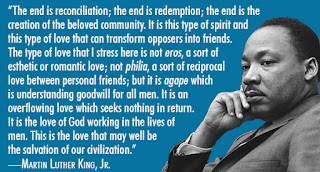