I remember last year feeling impending doom of 2017 to come as challenging as 2016 was personally for me it was better than the boils that would quickly surface in greed and arrogant ignorance in the many, and I shivered when the clock struck midnight. 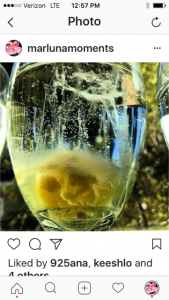 I did the usual New Years ritual my mom taught us about breaking a blessed egg (maybe just for fun she made it up who knows) but I kept it as tradition it was more meaningful to view the impending year with curiosity and questions than to just make some noise and promises (although I do that too).

Because I felt dread and the dreams predicting brutality in October 2016 before the election I wrote a messy compilation of experiences blog:  Four Winds, Four Dreams FOR Truth I felt anxiety and decided to ask about 2017 in regards to the World, not just my own forecast.

Needless to say, the result told me it was not pretty and then when I learned later in this year of a major eclipse across America to happen, I felt it would impact the USA directly or the country directly across from us like Ley lines but from the skyline where it was seen. We have seen great flooding but we haven’t seen the end of it.  We are NOT treating Nature as our greatest gift and we’ve brutally mistreated people protecting the water and land and now our very own National Treasures in sacred land intended to be left like an altar under Heaven unscathed or pillaged or mined have now been exposed to ruin. I also said I would work with Gaia as my (Resolution) I call A Decree for 2016  and I didn’t do my best work yet she still shows up for me (see the last post).

My friend (a reluctant intuitive) has crossed my desk with dreams to animal signs to interpret but I think she doesn’t need me, well maybe just to point out she’s too dismissive of signs that literally POP right in front of her (she even had a black beetle bug crawl out of her purse) when sharing an experience she believed to be coincidence but I only laughed when I pointed at it now crawling across my counter “oh really not something unusual or out of the ordinary huh?’ I cracked her bell a little with that one that she now shares her dreams with me as I will share the dream she shared with me a couple of months ago but it’s from memory so not an exact:

I see women “preparing” like to take things somewhere then all of a sudden there’s a huge wave and I’m not afraid just watching its height grow then I see the women again preparing and I wake up.

“What does it mean,” she asked? I told her it was one or two things: it could be an actual natural disaster like a Tsunami Or water stands for emotion; so something heavy could come out of the blue. “Was it family you saw or strangers?” to determine if it was a global vs personal but she answered  “I saw both, but I think it’s weird I was calm,” she told me.  In my opinion, she’s always calm upon the first reaction and why she dismisses so easily. We figured it was her family as there was serious high drama happening and her sensitivity brought it to her dreams to prepare for it to be unprecedented. The only problem with that is she told me she dreamt it again only 2 weeks ago…the same dream except for this time they were bringing the prepared items somewhere.

The very next day after learning about her reoccurring dream I saw there was an earthquake in India yet no Tsunami I printed the article for her and then I had to learn more. I was super busy but it didn’t stop me from finding the inundation maps of where I work and I posted it up in the main lounge for personnel to educate on where to head toward evacuation and I felt better.  I showed her later that day “hey, you told the right person, we are prepared,” and gave her a map https://www.conservation.ca.gov/cgs/geologic_hazards/Tsunami/Inundation_Maps/Orange/Documents/Tsunami_Inundation_NewportBeach_Quad_Orange.pdf

I listened to Angel Souls https://youtu.be/zCYvVWaP8AA?t=5m26s and she says to prepare as well so here I am preparing with you so take a look at the location for your area or loved ones it’s simple to see and know where to go just in case. I haven’t seen any dreams or warnings but I follow all “the pulls/feels” without question it’s just more safety knowledge that only feels good to know!

Oh! I just made a connection to an episode in my life today that I believe will help you to “not freak out or get worried” just be ready to react with authority and help others get to where they need to go!

Don’t Panic just Prepare!  There are many people predicting (I just learned on youtube) probably as there’s hype from earthquakes in that region happening last year around this time but like I said just be prepared.